At the beginning of 2014 we were asked to write to the SealyQuarter magazine a few words about our kennel. It’s not the shortest text ever, but it tells the story 🙂 here it comes, hope you enjoy it! 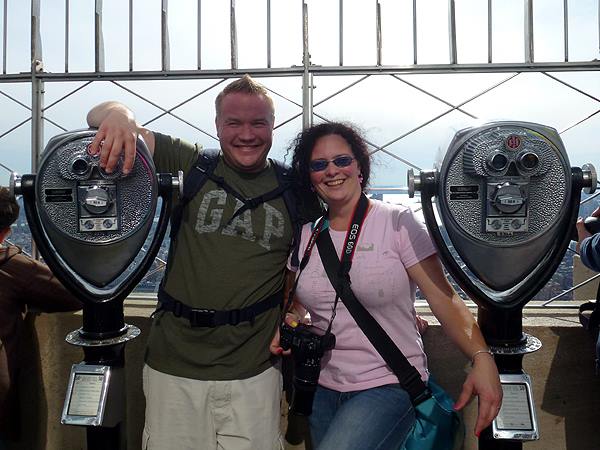 My highest wish as a child was to have my own dog.
After many years of taking walks with dogs from neighbors and others, and after lots of nagging on my father that I was ready for my own dog, he was finally convinced.
I got my first dog when I was 12 in 1989, I was as happy as anyone could ever be.
Her name was Selma and a mix between Golden and Labrador retriever. She was 1 year old when I got her and was actually supposed to be put to sleep. We had 24 hours to decide whether we wanted her or not and of course the only right thing was to save this lovely dog.
She was a super dog for a beginner, happy, calm and easy to teach things.
I started to train and compete in agility and obedience but Selma was maybe not the fastest ever and I wanted more. I started to look around for a breed that was good to train with but on the same time not as common as a Border collie or German Shephard. My heart chose the Nova Scotia duck tolling retriever, the Toller.
Her name was Bonnie and we picked her up in August 1991 and that was one of the most exciting moments in my life, my own puppy, from the beginning.
If Selma was easy going, Bonnie was the opposite. Someone must have thought I had it too easy with Selma.
Bonnie was very difficult in her temperament and I had to train with her a lot. She could for example not stand any strange dogs and behaved like a real idiot when meeting them. It was a hard time for a not so old Fredrik. But the training gave result and we did very well in obedience and especially agility.
This is also when I finally could start showing a bit.
Bonnie did excellent on shows and I loved it. She won BIS at the club show once and had many other high placements.
In 1994 I went to a friend’s house to look at her Toller puppies. Bad move. It resulted in one more Toller, this time a male that we called Zigge.
Also he did great on shows with many high placements and also in agility he did super.
Shows was lots of fun I thought and that is one of the reasons the choice fell on Sealyhams later on.
In the years 1997-2000 I spent several months abroad on two big kennels. That was a great experience. 1997 the visit went to Skansen kennels, California, USA. There I worked with all sizes of the schnauzer family. It was really a fun time.
After that I spent the summer 1998 at kennel van de Vanenblikhoeve in Holland. They have a big boarding kennel and also breed Standard schnauzer and Bouvier des flandres.
The summer after that was also spent at this place.
I learned many good things there and one of them was how to groom.
Since they had many dogs them self and had sold many puppies that came for grooming, the chance to learn both stripping and clipping was very good.
In 2000 I went back a second time to Skansen kennels.
After this visit I felt that it was time to buy a breed that I could practice my grooming skills on and that would suite a bit better for shows then the Tollers, this is how Doris, my first Sealyham came in to my life.
Again I wanted a dog that wasn´t all that common. I never wanted a dog that everyone else had.
I had met the Sealyhams many years before. It was kennel Normlösa that had a breed information booth at a show and I remembered that I still had a paper with info about the breed somewhere at home. I liked them a lot then and on top of that they also reminded a lot about the schnauzers that I had been working with.
After searching for a breeder in Sweden, I found Margaretha Kronborg, kennel Majomas.
It is now 2002 and she just had a litter of puppies and they were ready to move so I went to take a look.
I was hooked…
The one that caught my heart was Doris, Ch. Majomas High-Colour, but she was not for sale, Margaretha was supposed to keep her. I was offered to buy Byron, Doris brother. I went home and did some thinking but could not get Doris out of my head. I called Margaretha and we talked about it and she decided I could have her on breeder’s term. I was so happy.
I learned how to groom her and we started her show career. It started as good as it could. BIS puppy at one of the Swedish terrier club shows.
After this she had set the bar quite high and my hopes for her became even higher.
In 2003 we went to the WDS in Dortmund. I was very nervous since I had never been to such a big show with a dog before. I had been to look at the Sealyhams at the WDS in Amsterdam the year before but now it was for real for both of us. Doris did not disappoint, she took the JWW title and became BOB.
I was a bit shocked but so happy.
My interest for shows of course increased and we went here and there with her and she continued to collect her titles. She has champion titles from Sweden, Norway, Denmark, Finland and she is also international and Nordic champion. Swedish winner in ’02 ’03 ’04 ’05, JWW ´03 and BOB, WW ´09, VWW ´10 and BOB and VWW ´12. She has been BIS at the SSS specialty in ´03, ´04, ´05, ´07 and ´09 and BOS in ´06. She also has numerous BIG and BIS placements.
Doris has been, and still is, a dog apart from others. I was so lucky to be able to get a dog like her, with her beauty and super temperament.

Margaretha was supposed to have a litter on Doris at one point and in 2004 it was time for that and we had a natural break from the shows. She had a litter with 2 male puppies. One of them was sold to USA.
When that was done she was my own.

In 2006 I decided to go back to USA again, this time to work at Jovals kennel, Airedale terriers.
I brought Doris along to be able to show her and also with the thought of breeding her.
We had a lovely time and she got 12 points for her championship but is still missing 3 points to finish it. But at least we went home with a belly full of puppies, sired by Traveling man of Tentyne.
In August, 5 little ones were born, 4 males and 1 female. Since I was thinking of continuing with breeding the only female was to be kept of course but I also wanted to keep a male and that is what happened. Kiri, Ch. Forlegd Te-Anau, and Vito Ch. Forlegd Hawea, stayed with me at home.
Two males went to Holland and one has been shown and used for stud, Forlegd Manapouri.
Kiri and Vito grew and soon enough it was their turn to get into the show ring.
They both have done really well. Vito being Swedish and Norwegian champion, Swedish winner in ´08 and ´09, Norwegian winner ´09 and Nordic winner ´07.
Kiri was not going to worse.

In 2008 it was time for the WDS in Stockholm and I had entered both kids for that. I was very excited about going to the WDS and also to the SSS show for many reasons but one was of course that Charmin was coming. And thinking about that we had such great competition the results that followed were very satisfying.
Kiri was BOS on the SSS show and Vito got R-CACIB after Charmin at the WDS.
Kiri also got BOS at the SSS specialty in 2010 and at that same weekend she also took the WW ´10 title, losing only with her mother.
Kiri also have championship titles from Norway, Sweden and Denmark as well as being International champion. In 2009 she became Norwegian winner and m2010 Swedish winner.
In 2009 I had my second litter and it was Kiri´s first. Sire of that litter was Llawhadens Sir Jocely Lucas. There was only one female in that litter, Stina or “Stinky”, Forlegd Amfitrite, and she was shown with good results. She also produced a litter of puppies where one became WW in 2013. Sadly Stina passed away much to early in 2011.

PS. And what does a ‚Forlegd’ mean? When you hear it, it sounds like ‚four legged’. When you read – take every second letter and see what you find out… 🙂